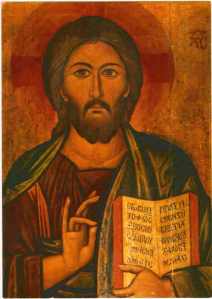 I wonder what the word Christmas summons up for you?
Perhaps you might just like to take a moment to rest and reflect in that.

Christmas. Many years ago, growing up as part of the church in the North of England, I frequently seemed to be in services led by the then Bishop of Carlisle, David Halsey. For some reason I cannot fathom, it seemed that every time I heard him speak he gave the same sermon recounting what had happened to him one Christmas at a midnight service where he’d expected no one to turn up and the church ended up packed. I cannot to this day remember what the point of the story was, but his capacity to summon up images with his words means that the picture is clear in my mind. Words call forth entire worlds, worlds of imagination and worlds of existence.

Words Create worlds. Many years ago whilst at University I shared a room with a young and very troubled man. Stephen was a student of the English language and spent much of his time sending his poetry to every publisher he could think of – apart from the odd encouraging reply, to no avail. But it was He who first taught me in a most graphic way the power of words. In many senses, his troubles were rooted in his fascination with the literature of Occult practices. There was a perpetual and at times impenetrable darkness to him, especially when he had been reading such material, and of an evening and long into the night purely by speaking he would ‘summon up’ worlds of such oppressive darkness that the darkness was tangible and capable of doing no less than creating a cold dead place in my soul.

Of course not all such Creativity with Words is as obviously life denying, but our carelessness with the Creative power of Words still leads us into dark places. What culture can hope to remain humane where Rest homes are termed ‘end of life facilities’, or where in the workplace we have carelessly named ‘Human Resource managers’. Once you call a human being a resource, they become categorised along with coal and oil and gas, with soil, and hammers. Something to be Used – and to Use a human being is Always to Abuse a human being. We should take care with our words – they speak our pasts and they create our futures.

Words Create Cultures. If you want to get to understand a culture, then tourism will do you little good. If you want to truly inhabit a culture, you must learn its Words, its language. For me one of the sharpest lessons of coming to New Zealand has been learning this afresh. As Mark Twain said of the English and the Americans, ‘Two nations divided by a common tongue’, so our two cultures use the same words, but differently. This is even more perplexing than having difficulties with Mandarin Chinese, or Usbek – for we miss the point that the Use of words is what creates a culture – so different cultures may have the same words, but very different languages – as my eternally frustrated American friends realise when they speak with me! Same words, but we are not communicating, for our words mean different things to us.

Words Express a culture – Here in New Zealand, the culture is ‘She’ll be right’, and revealing the roots of our common culture ‘Good as Gold’. But that also reveals that Words Form Us. To grow up a New Zealander, or indeed English or American, is to learn a Way with Words. We tend to think that language is primarily about our self expression, but we fail to see that the self we express has already been shaped by our birth cultures words. For example we see this when we reflect that the ideas about our unique individualism, are passed onto us by our culture – so our thoughts are, I regret to say, mere products of our culture – and should we decide to rebel against this, then they are products of our rebellion against our cilture. Blood as they say, will out.
Of course here we are also ‘gifted’ by being a bicultural nation – We Should be Very wise about Words for we readily use Maori where the paucity of English becomes clear. It surely is Obvious here in New Zealand that Words express cultures? That they crate words of imagination that are more than that, that have a concrete quality to them that profoundly affect our lives together.

And of course, here in church tonight we are awash with Words – most Very familiar – the Carols and the readings – although there is something which for most of us is Not So familiar and that is the words of the liturgy. It is both pertinent and interesting to note that the collapse of congregation sizes in England, and I suspect here also, coincided with changing the liturgy. All of a sudden the words were no longer the common language of worship – it was as if once more we were at the tower of Babel. Without a common tongue, you have no common people, all you have is the primeval formlessness and void, and so the people dispersed . . .

But we ARE gathered here once more tonight – in the middle of the night – and whatever impulse it was that drew us here in large part it is rooted in Words. Imagine for a moment that you knew in advance that all the Carols would be unfamiliar, or the readings . . . that in an effort to be relevant the new Vicar had completely rewritten the service . . . knowing that to be the case . . . would there have been the same Pull to be here?
Formed by words, what Words have as it were drawn us forth?

What draws us out of the comfort of our homes tonight?  Perhaps it was the gentle cajoling of a Spouse or a parent? Or perhaps indeed the plea of a younger one to come and know what it was to be in church in the middle of the night? Perhaps we were sat alone and it was the memory of all that was in the past – voices seemingly gone, yet not forgotten – summoning us forth

I was speaking recently with someone relatively new to the church and the Deep things of faith, who expressed his journey thus . . . it was as if the words were summoning forth the person I had always wanted to be . . .

And it struck me what a wonderful expression that was of a person coming to faith in Christ. The Word that summons forth those people we were created to be – The Word that spoke to Lazarus, four days dead in the tomb – Lazarus! Come Out!

At the very heart of this Eucharist is this truth expressed in words but which words are in a sense inadequate to contain, that ‘The Word’, the Primeval Word that is the the Creation of all that is, The Word of the Beginning, The source of All Life, ‘And the Word, THIS Word became Flesh’. Going deeper into our memories than children’s nativity plays, than the story of the first Christmas, the words of the gospel of John taking us back, taking us back to something which predates all our cultural separateness, taking us back to our common root, our Creation as the Image of God, Christ THE image of the Living God, The Creative Word from which all creative life giving words flow, steps into human flesh and dwells amongst us

And we beheld his glory, the Glory as of the only begotten of the Father. It is as if that pale flickering light that is God’s image in us, if we trace it back to its source is like the Glory of a thousand Suns – Here in the middle of the night, Inexpressible Light.

I often wonder what might indeed be the impact of our coming to understand the fulness of all we are engaged in when as Christians we gather for the Eucharist – Where the Word made flesh is presented to us in Bread and Wine. The Light, that Inexpressible Glory, which darkness cannot comprehend, which is the Life of all people – reduced to a mortal span and present with us. But perhaps it is only right that we cannot fully understand, that we cannot put it fully into Our Words, for it is not we who create the world. our lives, our selves, our very thoughts the product of so many words of others. The deepest truth about ourselves we encounter in this Holy Night, not that we speak – but that we are Spoken . . . In the beginning was the Word, and the Word was with God, and the Word was God. He was in the beginning with God. All things came into being through him, and without him not one thing came into being. . . . And the Word became flesh and dwelt among us, and we have seen his glory, the glory as of a Father’s only son, full of grace and truth.

What is summoned up for you, on this Holy Night? May that Word speak and summon forth in us Light and Life from the forgotten depths of our being, and may we know what it is to be born of God, in Christ the Living Word, to the eternal glory of the Father. Amen

This site uses Akismet to reduce spam. Learn how your comment data is processed.

A Light So Lovely

Neither polemic nor compromise, but engagement